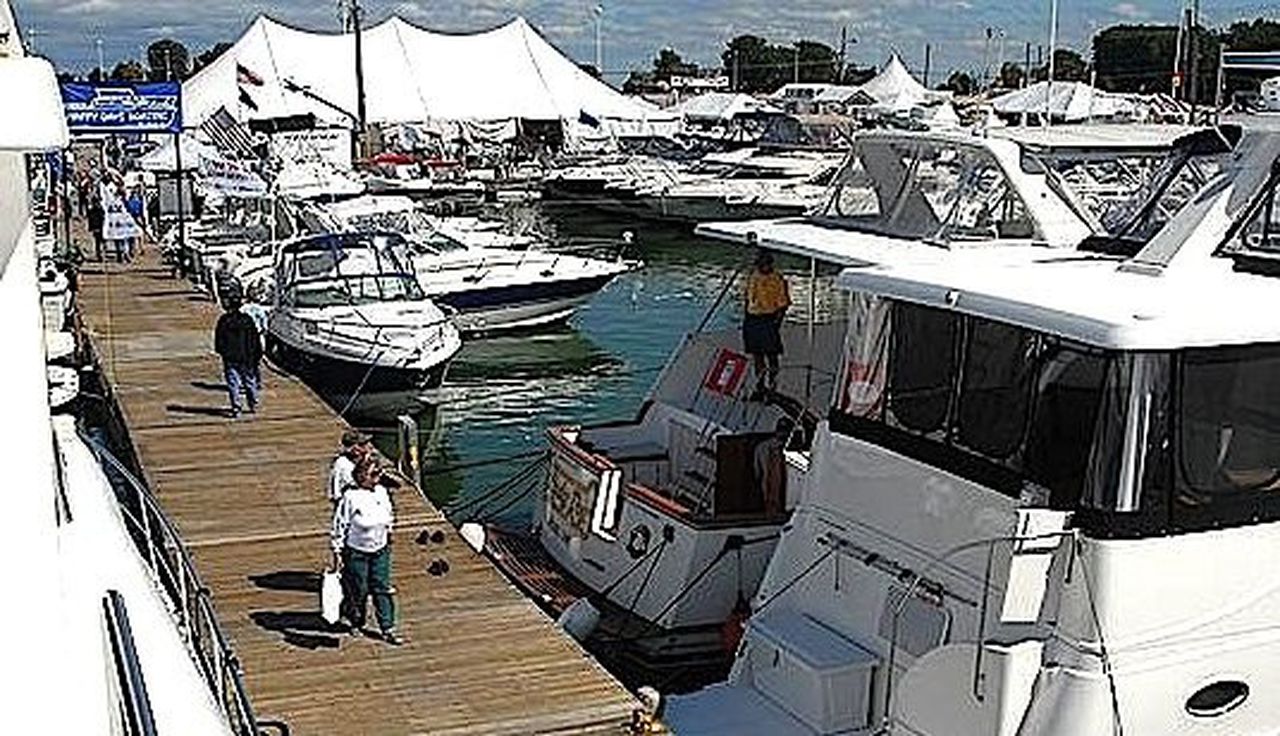 Cedar Point’s in-water boat show is one of the largest in the country: Outdoor Notes

The North American Demo Boat Show which anchored at Cedar Point Marina in Sandusky is one of the largest and oldest in-water boat shows in the country.

“We will have many used boats both on land and in the water at Cedar Point Marina,” said Ken alvey from the Lake Erie Marine Trades Association, which has hosted the show since 1973. “It’s a way for dealers to sell boats instead of having to put them in winter storage, which means they can sell boats. boats at more affordable prices. “

Many new boat models also make their debut this time of year, Alvey said, giving boaters the chance to see the wave of the future in the marine industry. The show features a selection of cruise ships, sailboats, pontoons, jets, and inflatable boats, as well as six tents stocked with a wide array of exhibitors showcasing accessories ranging from marine electronics to designer clothing. navigation.

Heroes of boating: Outgoing Chief Rodger Norcross and his successor, Gary Obermiller, from the Ohio Division of Watercraft honored six boaters at the Sandusky Show Thursday. They included Doug bunn by Marblehead and Andrew Williamson of Collinsville, Oklahoma, who traveled to Lake Erie to rescue five people whose boat sank off Marblehead on June 16. Evan Graves from Lakewood, Ryan kyle
by Sandusky and Lee ferber and Tim zacher, both from Vermilion, who left on two boats after hearing a distress call. They teamed up to rescue seven people who were in the water near the island of Gibraltar after their boat submerged.

Help a child hunt: The Hunting club overlooking the valley mission is to help terminally ill children achieve a desire to hunt or fish. One of the children is Devin, a 13-year-old with brain cancer who is eager to hunt white-tailed deer in Ohio. To help fund the mission, club spokesperson said Wayne Lach, the club is hosting a Night at the Races dinner and fundraiser on September 21 at Pokrova Banquet Hall, Parma. Tickets cost $ 30. Call Dan Nemeth, 216-253-6522.

Children’s Events in Geauga County: Two family fishing events are sponsored this weekend by Judge Timothy Grendell and the Geauga park district, as well as a controlled deer hunt in November. Kid-friendly fishing events on Saturdays at Beartown Lakes Preserve in Auburn Township and Sunday in Swine Creek Preserve in Middlefield Township are for children ages 8 to 14. Both are from 9 a.m. to noon. Registration is required at geuagaparkdistrict.org or by calling 440-286-9516.

The park district is holding a youth lottery for a deer hunt from November 23-24 in The Rookery, a 562-acre park in the southwest of Munson Township. Children 17 and under must apply by October 31. Applications and information are available at the West Woods Nature Center, the Meyer Center in Big Creek Park and at
bit.ly/gpdhunt.

Wet weather stimulates Erie: The wet spring and summer gave Lake Erie an eight-inch rise in water levels. The Engineers reports that Lake Erie is above its long-term average for the first time in a few years, and is expected to remain so until 2014, a good sign after record highs around the Great Lakes last year.