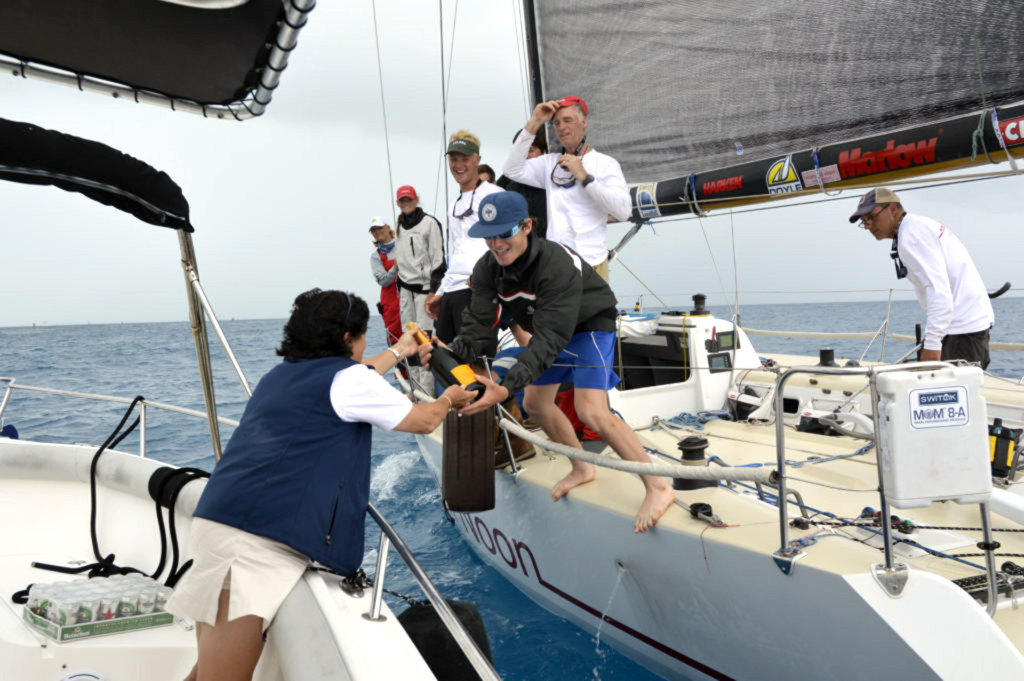 The race from Newport to Bermuda is over and all boats have arrived safely in Newport. The biennial 635-mile Newport Bermuda Race is the oldest regular ocean race, one of the very few international distance races, and one of only two regular races in the world that take place almost entirely out of sight. Founded in 1906, the Bermuda Race took place for the 50th time this year. The safety of this race was questioned due to the weather forecast, not for high winds at the start, but for severe weather conditions for the second day of racing. This was problematic because on the second day, the teams would be right in the middle of the racetrack with no view of the gravel. And the weather forecast was downright scary. “NE-easterly winds will become strong and widespread near 38N south to Bermuda. Overall there will be little change on this until the 20th. There will be frequent periods of near gale force winds, particularly from 36N south to Bermuda from tomorrow afternoon until the 20th. gale to strong gale winds will prevail near Bermuda and north to 35N from the 19th to the 20th due to the development of the low in the region coinciding with many squall areas. Winds are expected to veer SE-south in Bermuda north to 34N during the 20th. For swells these will remain less than 6 feet south of the south New England coast to near 38N over the next 3 days. Larger swell sets up to 10 feet will be present from today until the 20th due to the active weather and these will be quite short. Source: Weather Routing, Inc. (WWI), the official weather forecaster for the event. Due to the dire conditions, around 54 teams dropped out of the race, many of which were smaller boats that would struggle the most in high winds and huge swells. The above description of the “go / no go” dilemma imposed on teams makes the next piece of news even more incredible. It’s about Midi high and the Young American Junior Big Boat Sailing Team.

Steve and Heidi Benjamin owned Midi high, a Tripp 41, and donated it to the US Merchant Marine Academy (USMMA) Sailing Foundation. Ralf Steitz, who is the chairman of the Sailing Foundation, has raced for many years at Manhasset Bay and by all accounts, does a fantastic job leading the Foundation at USMMA. Many readers will recognize Steve Benjamin because he has been an active Frostbolt in Manhasset Bay over the years. He and his wife Heidi have supported the sport of sailing and junior sailors for many years.

The USMMA Sailing Foundation lent Midi high to the Young American Junior Big Boat Sailing Team at the American Yacht Club (Rye, NY). Midi high is only 41 feet tall and had a crew of three adults and seven teenagers on board. Midi high was the second boat in the fleet to finish in the general classification. The only boat that beat them in Bermuda was Comanche, Jim and Kristy Hinze Clark’s 100ft, skippered by Ken Read and with Stan Honey as tactician, which broke the Open record when she finished at 4:22:53 EDT on Sunday, breaking the elapsed time record with a professional crew. Midi high sailed in the flagship division of St. David, class 10 with a mainly amateur crew of seven young sailors aged 16-18 as well as three adults. It is the second smallest boat to win the honors of the line. When Midi high reached the marina of the Royal Bermuda Yacht Club, she was Bermuda’s only racing boat in the harbor, and she placed first on time corrected in the St. David lighthouse division and, what is even more impressive, he finished second in the fleet in the elapsed time. The young sailors received hands-on safety training and worked closely with the navigator, skipper and watch masters to gain experience in leadership roles. Some sailors helped bring boats back from Bermuda and Hawaii. They are committed to the project, just like their mentors. 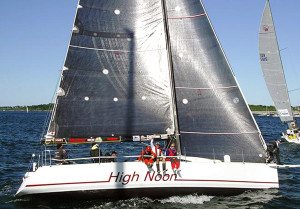 Information on the Bermuda Race is available at www.bermu darace.com.