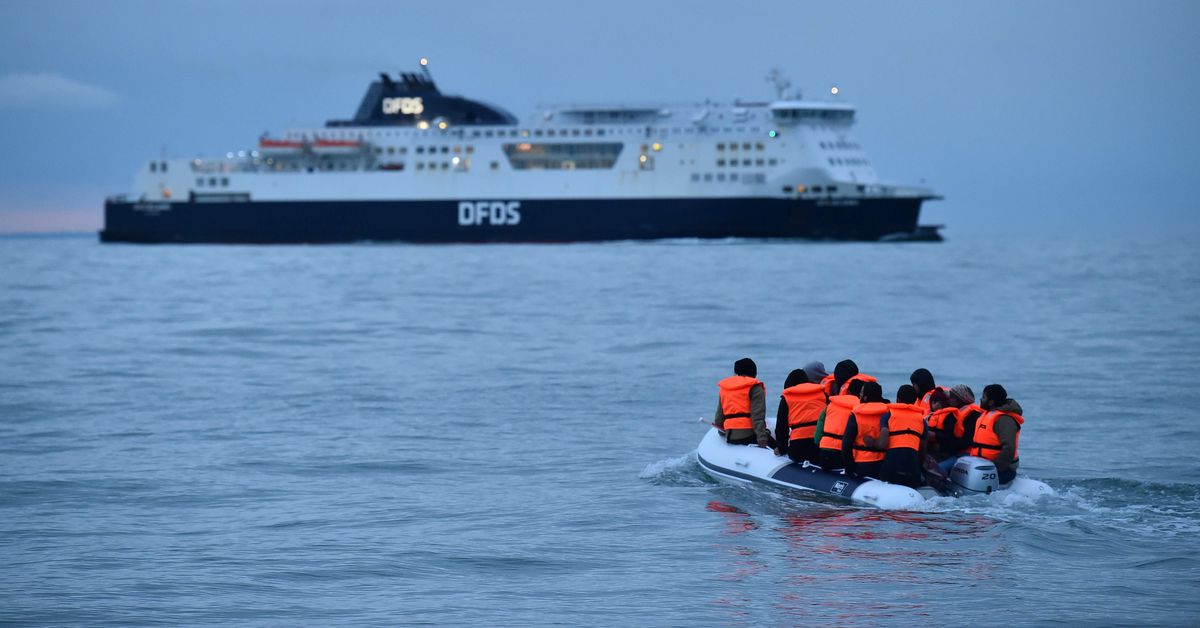 4 dead, 15 survivors in the sinking of a migrant boat in the English Channel

PARIS – At least four people, including two young children, died Tuesday when a boat carrying at least 19 migrants capsized off France as it attempted to cross the Channel to Britain, authorities said French.

Fifteen migrants have been rescued so far and search and rescue operations were still underway, according to the regional administration of the North region. He said in a statement that the dead were a 5-year-old and an 8-year-old, an adult female and an adult male, and stressed that the toll to date is provisional pending further research in the area.

Such crossings have become increasingly common in recent years, despite political turmoil in Britain and increased police efforts to stop them, but deaths are rare. French authorities have reported four deaths of migrants in total in small boats crossing the Channel over the whole of 2019.

On Tuesday, a sailboat alerted authorities to a distressed migrant boat off Dunkirk, and France mobilized five ships and a nearby Belgian helicopter to help with the rescue, according to the French regional maritime agency. He had indicated earlier that 18 people had been rescued and were being treated in hospitals in Calais and Dunkirk. The reason for the different numbers of migrants rescued was not explained.

The Dunkirk prosecutor has opened an investigation into the cause of the sinking, which came on a day when British and French meteorological authorities warned of gusts of wind in the region.

Despite joint efforts by police on both sides of the Channel, migrants have long used northern France as a starting point to sneak into Britain, and the issue has long strained relations between neighbors.

The British news agency Press Association calculates that more than 7,400 migrants have crossed the Channel to the UK by boat so far this year, up from around 1,800 in 2019. French maritime officials have rescued hundreds of people. others during routine operations in the English Channel, known for their high winds, strong currents and heavy sea traffic.

UK Home Secretary Priti Patel said she was “truly saddened to learn of the tragic loss of life in French waters this morning” and offered UK help with the search and investigation.

“My thoughts and prayers are with their families and loved ones at this time,” Patel said in a statement. “This tragic news highlights the dangers of crossing the English Channel and I will do all I can to stop callous criminals from exploiting vulnerable people.”

French Citizenship Minister Marlene Schiappa tweeted “great sadness” at the news. She said 19 people had been confirmed aboard the boat, but the overall toll “is serious and still uncertain”.

Aid group Channel Rescue said in a statement that “this is a growing humanitarian crisis … The government must urgently ensure safe and legal passage for those seeking safety “.

Clare Mosely of the Care4Calais migrant support group said: “This unnecessary loss of life must stop. No one should ever feel pressured to step into a fragile boat and risk their life crossing the Channel, especially vulnerable children. “

She called for the incident to be a “wake-up call” for those in power in the UK and France.