London: The Odia cultural association in London hosted the very first web-based sailing and Kartik Purnima celebrations yesterday. Organized in collaboration with the UK’s Jagannath Temple Trust, the grand online ceremony brought together Odias diaspora from around the world. The Speaker of the Odisha Assembly, Dr Surjya Narayan Patro, opened the glittering festival by lighting the traditional lamp.

Addressing the virtual gathering, Dr. Patro, chief guest, recounted the rich tradition of boating and from Kartika Purnima to Odisha. He called on the Odias community of London to be the bearers of fame and fortune of their mother state like the sons of merchants of yesteryear. Attend as guest of honor Former Union Minister Jual Oram thanked the Odia association in London profusely for maintaining the majestic Odisha tradition in London, the epicenter of Europe. Delivering his speech at the internet event, former Minister of State Prasad Harichandan explained the rich and deep meaning of Aa, Kaa, Maa and Bai with a focus on Odisha’s golden maritime history. Present as guest of honor, senior journalist Kishore Dwibedi, observed that the boat sailing ceremony in the heart of the world’s cultural capital, London, is a matter of pride and privilege for Odisha and Odias. Attending the spectacular ceremony as a Distinguished Visiting Professor at Ravenshaw University, Dr Sanjay Satapathy recounted the uniqueness and quintessence of Jagannath worship and culture in a captivating speech. Bahraini President Odia Samaj Dr Arun Kumar Praharaj congratulated the organizers on the success of the celebration. Dr Chetan Satpathy of the Jagannath Temple Trust worked out the detailed planning for the construction of the temple in a PowerPoint presentation. House of Commons Member Dr Virendra Sharma made a clear appeal to the younger generations to uphold India’s centuries-old values ​​and heritage. Ramesh Biswal from Nigeria highlighted the activities of Shree Jagannath Chintan and Chetana Worlwide. The magnetic presence of Ollywood Mega Star and Corona Super Warrior Sabyasachi Mishra had an electrified charm on the young masses present. The followers of Guru Pradeep Kumar Das captivated the audience with their scintillating musical presentations. Renowned singers Diptirekha Padhi, Swati Sweta Rout and bhajan specialist Santosh Parida also entertained the crowd with their popular numbers. The special attraction of the live-broadcast Cultural Jamboori was video clips of popular sailing songs and dances, a quiz competition and a boat competition among the children. The whole arrangement was well managed by the chairman of the UK Odisha company, Sumant Mansingh. Ace Comperers Debi Patnaik, Master Vidip Sahoo and Dikshita Rout coordinated the programs on the digital scene. The competent organizers Sukant Sahu, Archana Mansingh, Umakant Rout, Santosh Sahu, Amulya Jena, Sabitha Das, Rashmi Nanda, Subhkant Das and Bijay Sahoo ensured the smooth running of the festival. Australia President Odia Samaj Dr. Nalini Pati, JTT President Dr. Sahadev Swain, JTT General Secretary Dr. Prakash Dey and OSUK General Secretary Sibaranjan Biswal were among the distinguished personalities, who graced the occasion. 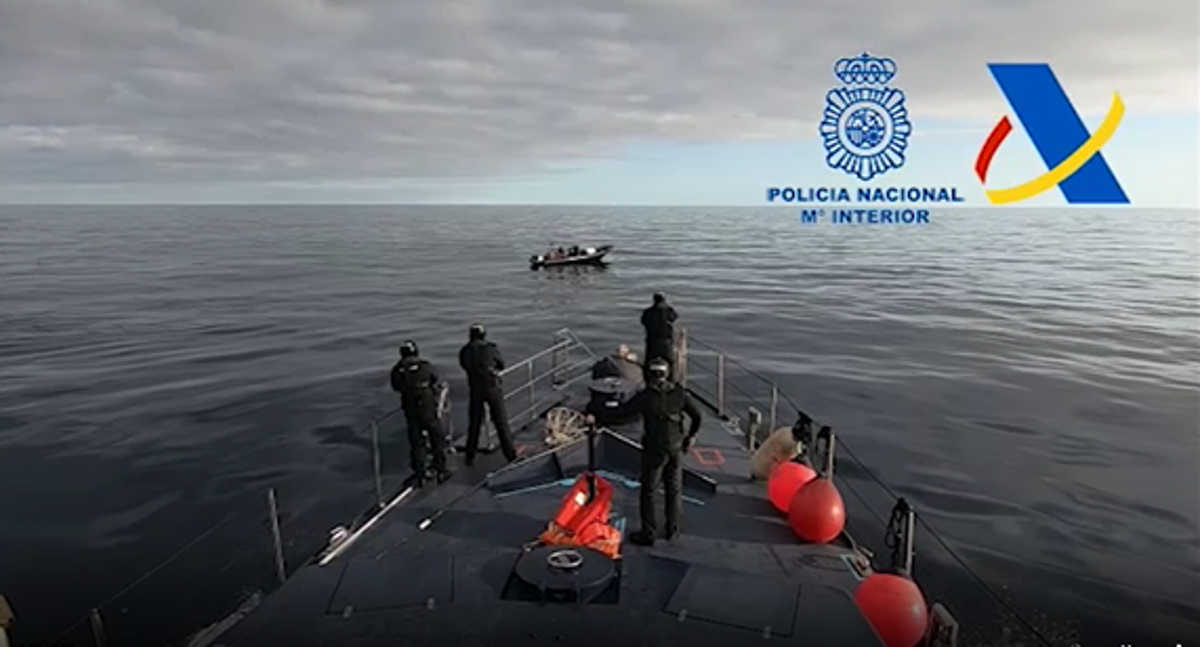 Police officers near the coast of Valencia, Spain, arrested five people weighing 2,000 kilograms on a “narcolancha” – a speedboat specifically used in the narcotics industry – after a five-hour high-speed chase over the sea Mediterranean.

During the chase, those arrested attempted to get rid of the drugs by throwing the big bullets overboard. In total, a total of 66 bullets totaling two tons of marijuana were seized by authorities, in addition to various satellite phones and computer devices.

The boat was spotted by the National Police helicopter as it sailed about 80 miles off the coast of Cartagena, and was eventually approached by a customs surveillance patrol. The chase lasted five hours and spanned 100 nautical miles.

Video, provided by Spanish police, shows a small speedboat crossing the ocean with five people on board. We see them throwing cubes of a white substance – considered hashish – into the sea.

The boat then appears to stop as the paths between the police and the drug vessel cross. A brief conversation seems to ensue between the groups.

We then see the tons of drugs being loaded on the police ship, and those who were previously in possession of the substances being arrested.

Spain, tied with France, has the highest rate of cannabis use in Europe.

Seizures of maijuana plants by the Spanish authorities have increased by almost 600% since 2013. It is considered a common problem in drug trafficking, with more than half of all arrests made for drug trafficking being linked to marijuana.

According to the Interior Ministry. “[The trafficking of marijuana] has increased gradually, with a significant peak in 2017 and a steady upward trend since then, ”according to investigators from the National Police and the Civil Guard. “In the last year alone it has increased 90%. 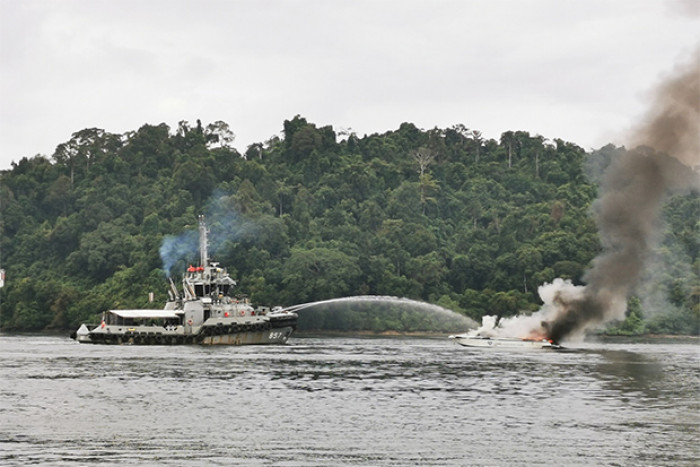 HTMS Panyi extinguished a fire on the Fiona speedboat off the Phangnga mainland on Sunday. (Photo by Achadtaya Chuenniran)

PHANGNGA: Five crew members were injured, three of them seriously, after a speedboat caught fire in the Thai Muang district of the southern coastal province on Sunday.

Sources said the incident happened around 8:30 a.m. while the speedboat, Fiona, of Love Island Co, was at Thap Lamu Pier in Tambon Lam Kaen.

When the ship’s captain Muhamad Ningwari started the engine to test its working condition, the engine sparks, followed by an explosion. Five crew members were injured, three of them seriously, including the skipper.

Fortunately, there were no tourists on the boat.

The burning boat was towed into the middle of a water channel to prevent the fire from spreading to other boats.

Naval Zone 2 Commander Vam Choengchai Chomchoengpaet dispatched the HTMS Panyi, a Navy boat, to the scene to help extinguish the fire and tow the damaged boat.

An investigation was underway.